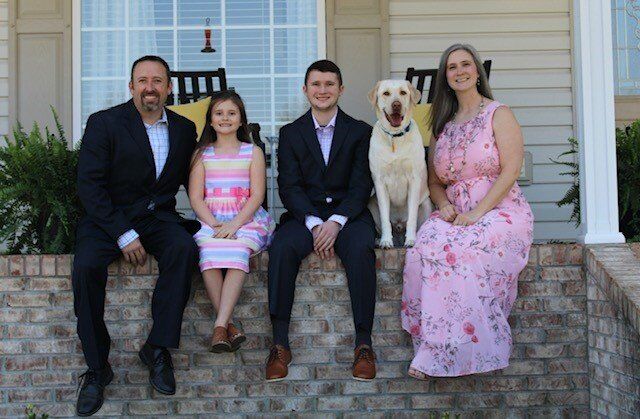 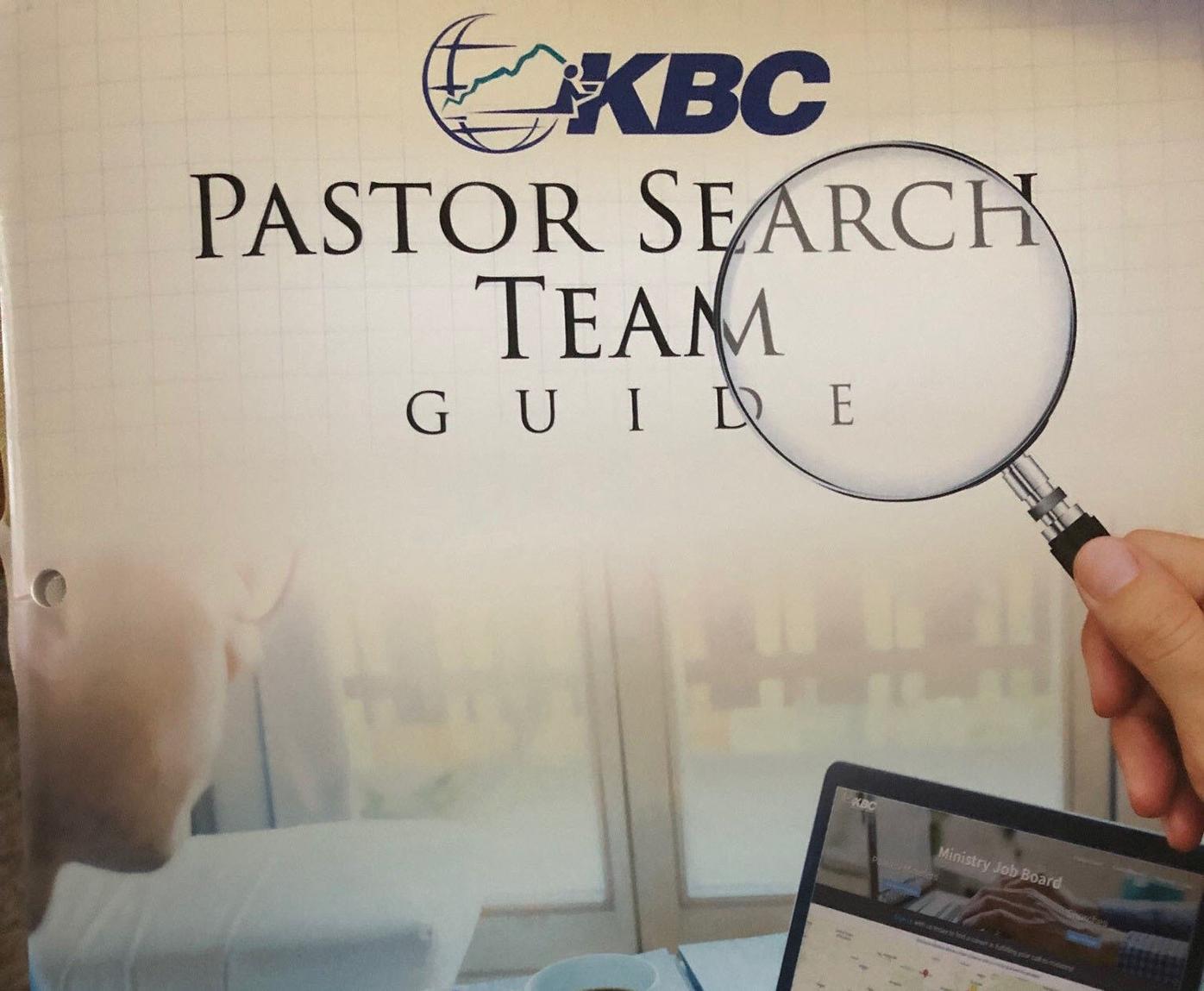 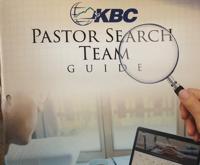 KBC will provide search committees with a guide and a consultant to assist in a searh for a new pastor.

KBC will provide search committees with a guide and a consultant to assist in a searh for a new pastor.

LOUISVILLE, Ky. (KT) – Technology and a stubborn pandemic that seemingly won’t go away have changed the way churches search out pastors.

Gone are the days when search committees loaded up in the church van and tried to enter a church incognito to hear a prospective candidate. That has been replaced by complex online search through various search engines and listening to multiple sermons via YouTube or Facebook.

Since COVID-19 gripped the nation in March 2020, Kentucky Baptist churches, big and small, have developed an online presence. But is watching a pastoral candidate preach from his study enough?

“In modern ministry life today, you do speak in front of a screen,” said Jason Hay, who was recently called to be the pastor at LaCenter Baptist Church in far western Kentucky. “I’m a communicator, I’m not a preacher, so I need that feedback (of a congregation). I need that affirmation walking with me. I prepare illustrations (when speaking to an audience). When talking to a screen, you don’t have that. I look at hearts and thumbs as amens.”

At his previous church, Hay said they had 36 weeks of outdoor church because of COVID. “People who have never said amen would honk a horn,” he said. “I saw it as more affirmation.”

But watching sermons online has become part of the search process.

“Almost all of them this day and time have Facebook (sermons) or their own website,” said Mike Wilson, the head of a search committee at LaCenter Baptist Church. “You pretty much know the pastor before you ever even talk to him. It’s not like the old days. You could destroy that man’s career when they saw a pulpit committee there. We’ve eliminated that with modern-day technology.”

Jason Hay, who became the pastor at LaCenter after the surge, said it was different with multiple Zoom meetings and phone calls before he ever met anybody in person.

“I went national in the search and put out resumes everywhere,” he said. “The last church I was at I was like a fish out of water for five years. I literally was not looking for size or location, I was looking for a fit. We were able to accomplish that through this process.”

Wilson said his committee went through resumes and watched sermons before contacting anyone. “We started making phone calls when we got it down to three,” he said. “We did the Zoom and we could see each other and ask questions back and forth. His congregation didn’t have to know what was going on.”

Wilson said the committee made a pact that they wouldn’t talk to anyone, including spouses, about the candidates.

The Kentucky Baptist Convention has a guide available for churches who are searching for a new pastor, said Paul Badgett, the East Region consultant for the KBC.

“(KBC consultant) Alan Dodson put much of that together and it’s a nice publication,” Badgett said. “Unity (Baptist) used it and Flemingsburg (Baptist) is in the process of using it. It’s really a handy tool.”

The guide is something that search committees “can tweak” although it provides step-by-step guidance on what to do, Badgett said. He said the regional consultants will also walk a search committee through the process.

“It’s different than the secular world,” he said. “The process is completely different. Most churches haven’t done this and they do need the guidance of a church consultant. That’s what we’re there for. So many churches across the state are without pastors and they do need help. They don’t always call us and sometimes they make mistakes.”

Badgett also said a ministry board on the KBC website (kybaptist.org) is a place where search committees can look at resumes and a place for pastors to put their names into the portals if they feel led to leave their current situation.

“It’s fairly new, but it’s provided a lot of contacts,” he said.

Badgett said there are many openings for pastors in the mountain area of Kentucky.

“We have a lot of openings in Three Forks (Association) and the Pike Association. What we’re trending toward is bivocational pastors,” he said. “Some of these small churches can’t afford to support a man and his family. The problem we have in the mountains and hills is that we don’t have a lot of places for people to come in and get a job and be a bivocational at some of these churches.”

Larry Purcell, a KBC West region consultant, said that area of the state is finding a shortage of pastors as well.

“Calling out the Called,” a new initiative of the KBC that will be introduced at the annual meeting in November, will bring more attention to those who are feeling the Holy Spirit tug at them in church pews.

“We’re setting with positions right now of pastors who have either resigned and moved or retired,” he said. “I’ve been prodded by some young men (who are considering the ministry). As the KBC adds more dimensions and puts a spotlight on it, I’m hoping and praying it brings out others.”

Badgett, a former pastor including a long stint at Pikeville FBC, said he would train deacons to write a sermon and “put it in their Bible. When the need came out, you may not need to bring in somebody from outside. Train your leaders to be able to step up and do that.”

“Watching someone on a flat screen, the dimensions are not the same,” he said. “They’re not in there where the spirit is moving. (LaCenter) made sure everything was sanitized, they had off-limits areas and places for senior adults (to sit). On Saturday they allowed small groups to meet, greet and talk to them (the candidate and his wife).”

Purcell said LaCenter was “more aggressive than I thought they’d be."

"When you’re in the middle of crisis, you need a sure, steady and firm hand. It reminds me of what Marine Lt. Gen. Lewis “Chesty” Puller (the most decorated Marine in history) said when the enemy was in front of them, behind them, to the right and to the left of them, he said, ‘We’ve got them right where we want them boys!’ He switched a desperate situation into a positive one. That's what you have to do.”

No matter what, Purcell said, it is important for churches to make sure they have the right person in place whether it's an interim or new lead pastor. The KBC consultants are there to help churches through the process, he said.

“This is a critical time and the KBC has encouraged us to be more engaged as churches are seeking a pastor,” Purcell said. “If they get the wrong interim or don’t get an interim at all, they could get somebody who doesn’t represent the SBC, the Cooperative Program or the Baptist Faith and Message.”