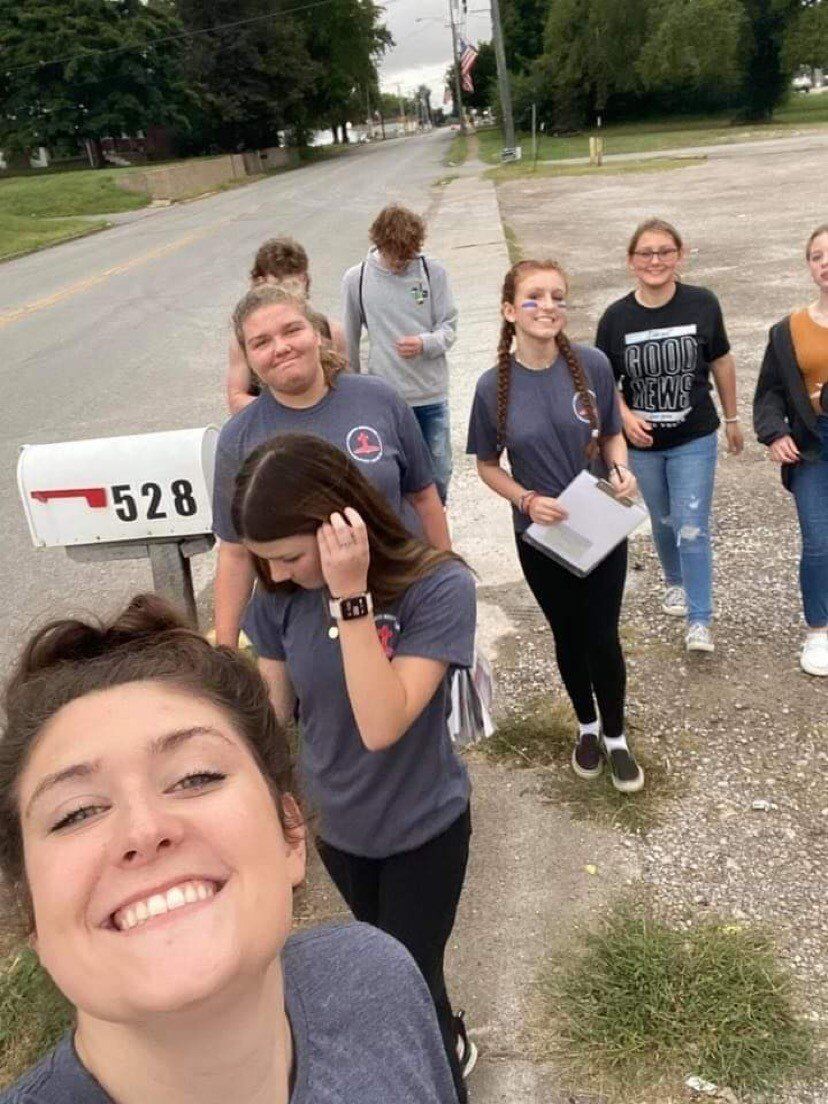 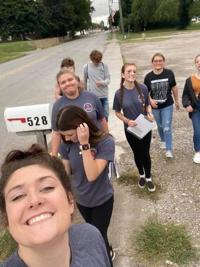 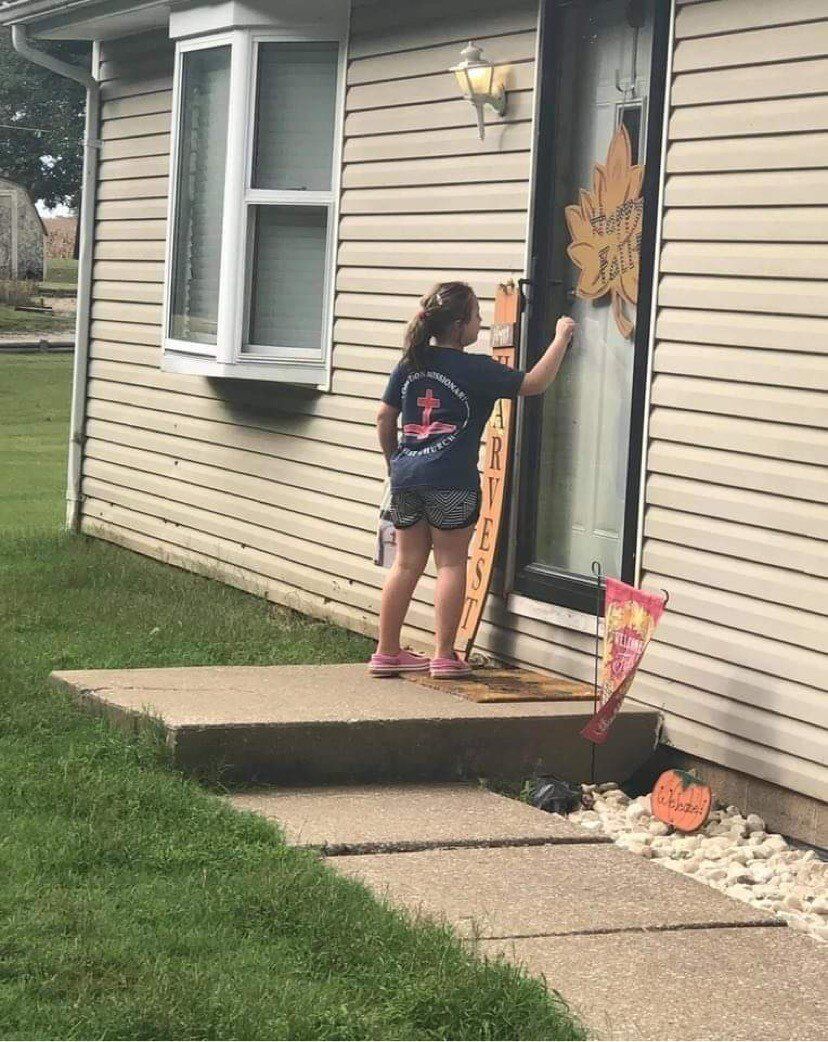 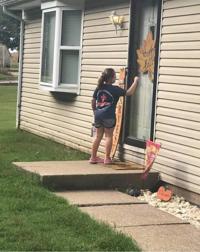 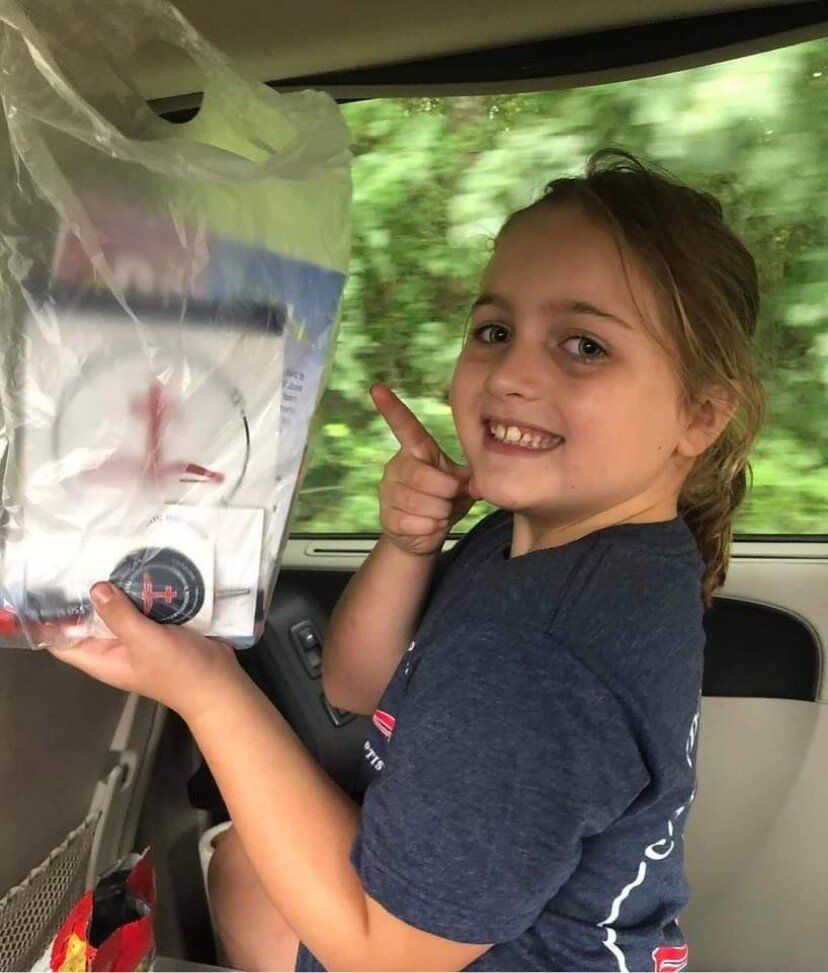 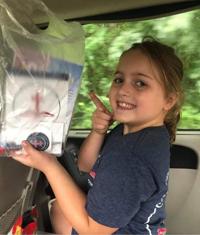 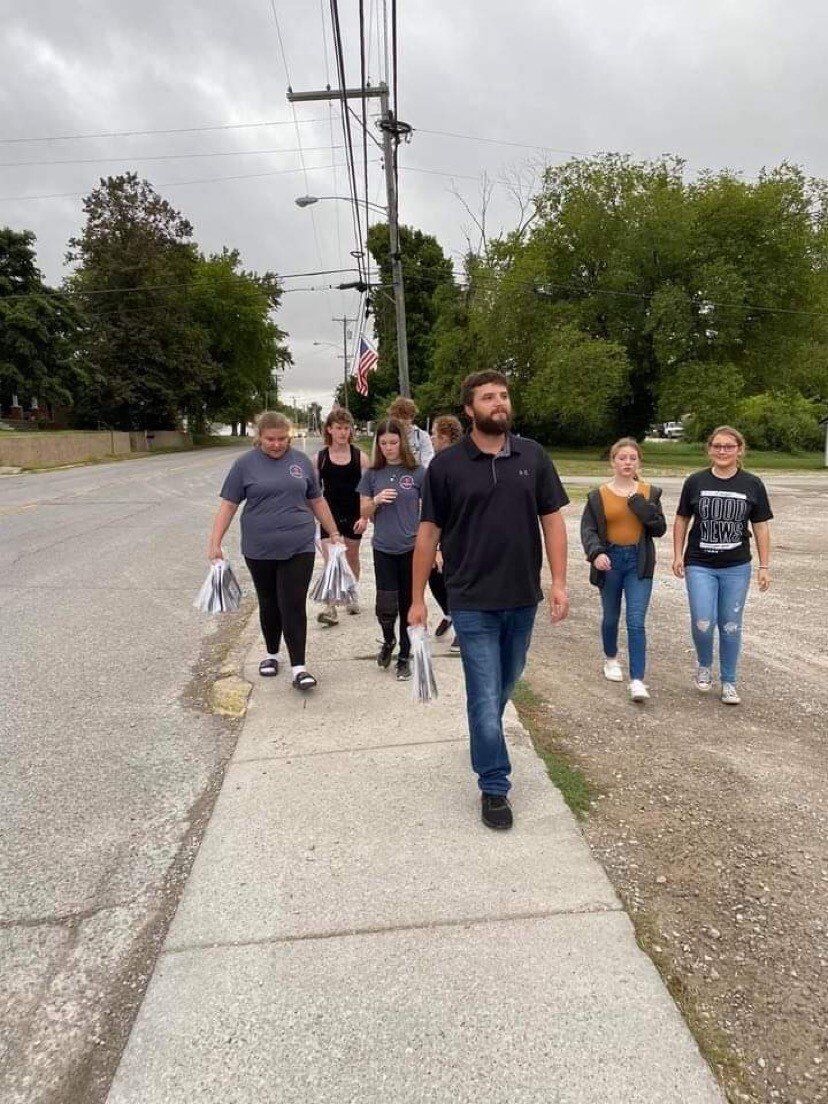 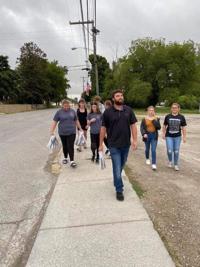 CORYDON, Ky. (KT) – The gospel can transform individuals and do wonders for churches, too.

The small church runs an average of about 100 for Sunday morning worship and at least 70 percent of those worshipers have embraced the Kentucky Baptist Convention’s Gospel to Every Home initiative which, in turn, has renewed its emphasis to ensure their community knows Jesus. And as much as they have been good for the community, the practice of evangelizing has been good for the church.

“We have definitely gone from inside to outside,” said Pastor Rick O’Daniel, who is the leader of the pack, directing a well-organized plan involving practically every church member. “I am very excited at how much they have taken ownership of their community. This (the Gospel to Every Home) has given us an avenue to do it. This has given us a purpose.”

It all started about six months ago, the pastor said, when they put together a plan to share the gospel in their community.

“We looked at the material given to us, and there were 14 different groups, like committees, they suggested,” O’Daniel said. “It seemed like too many to me. We narrowed it down to six committees.”

The pastor started committees for prayer, evangelism, mapping, promotion, first impressions and follow-up. He asked deacons and part-time staff members to join a committee but not to lead it. Each committee is doing its part, O’Daniel said, and understands the importance.

“We met with everybody first and suggested some people to ask and gave them the freedom to ask whomever they wanted,” O’Daniel said. “Our first meeting with these six committees we had 50 people and only three who were on the committees that couldn’t come.”

The Green Valley Baptist Association had gathered churches together and set the dates of Sept. 25-30 to visit communities. Corydon did much preparation in prayer and planning to participate in one of the biggest evangelism tasks the church had ever known.

O’Daniel said there were some who doubted they could reach their goal of visiting 900 homes.

“A lot of folks, including myself, knew this was a monumental task,” he said. “We have to pray for this to happen. It’s a God thing.”

They ended up sending out 70 people into communities after breaking them down to 30 areas with 25 to 45 homes in every section. Teams adopted areas – they called it adopt-a-spot - much like businesses do at heavy-trafficked intersections in Henderson. Everybody understood the terminology and knew it was their area not just for now but later.

“By Wednesday of last week, we had over 800 (homes) visited and by Saturday before our revival started Sunday, we had every home visited,” he said.

The stories that came out of it are heartwarming. Here’s a few of them:

One woman who was leading a team became ill with bronchitis and couldn’t finish making all her visits on Saturday. O’Daniel called her and said it was OK and that another team would complete the rounds for them. He asked if she could tell them where they left off.

“She almost started crying,” he said. “She said, ‘Please let us finish!’ It made me feel like a million dollars. It was one of the best experiences ever in my life. I’ve never seen people more committed.”

O’Daniel said he had several members 70 or older who visited, and many of them were apprehensive. One lady told their evangelism leader, “I don’t want to go door-to-door but I feel like I have to do this. I just don’t want to go by myself.” O’Daniel invited her to go with him and his wife, Helen. She agreed. “I hugged her when she went out,” he said. “She was shaking when she went out and grinning when she came back in. She was telling everybody,  if you ever get the chance to go door-to-door, don’t pass it up.”

During a door-to-door training session, a crowd of about 50 came. They trained with Dr. Nathan Whisnant and some were surprised – and even a little upset – that they did the training and were then expected to go out. Materials were missing and the expectation of going out was unexpected.

“Things got a little bit hectic,” O’Daniel said. “It was like everything was confused. My wife doesn’t like it when people are getting upset. She said, ‘I think maybe we better do something. We better pray about this.’ I said, ‘You’re the prayer coordinator, why don’t you pray?’ So in the midst of 50 people, we were praying. While we were praying, Bill Patterson, our AMS, brought in the stuff we needed and somebody else went and got some other things that were missing. Everybody calmed down and went out and visited except for one person.”

Two boys were saved that day, he said.

“After that, everybody was hungry to go.”

On one visit, a team went and knocked on a door. When the homeowner came out, they told her they were from Corydon Missionary Baptist Church. “The lady began to cry,” O’Daniel said. “We asked her why and she said we’d never understand. We told her sure we would, tell us your story. She said she’d told God, if He was for real, would He send somebody to assure her that He was real. She began to cry and weep. She said, ‘I’ve been a Christian for 30 years but have gone completely off track but now I know that God is real.’’’

Patterson, the associational mission strategist for the Green Valley Association, said he’s proud of what has happened at Corydon.

“Rick is tremendous and really has it going on there,” Patterson said. “Gospel to Every Home has been very positive for our association. It has helped us turn our attention from normal day-to-day activities – which there’s nothing wrong with those – to really evangelize and help people come to Christ. It comes at a time when folks have been shut in and are yearning to get out again, and then here comes a group of Christians.”

O’Daniel said the stories of encouragement and even salvation have made the church more evangelistic than he’s ever seen. They began a revival on Sunday morning with two more saved and then an additional two made professions of faith on Monday. That couple had been one that was visited with the Gospel to Every Home.

He said the six committees that were started as a way of diving into the Gospel to Every Home will remain intact, and other ministries have started including one where church members physically help neighbors whose homes may be in need of repairs or if an elderly neighbor needs someone to get groceries.

“One of the most exciting things about this is our teams are looking for needs in the homes,” O’Daniel said. “We’re going to have a local mission team that can help our community.”

The pastor said that Gospel to Every Home can transform a church of any size. “If we can do it, so can others,” he said. “You just have to be obedient.”