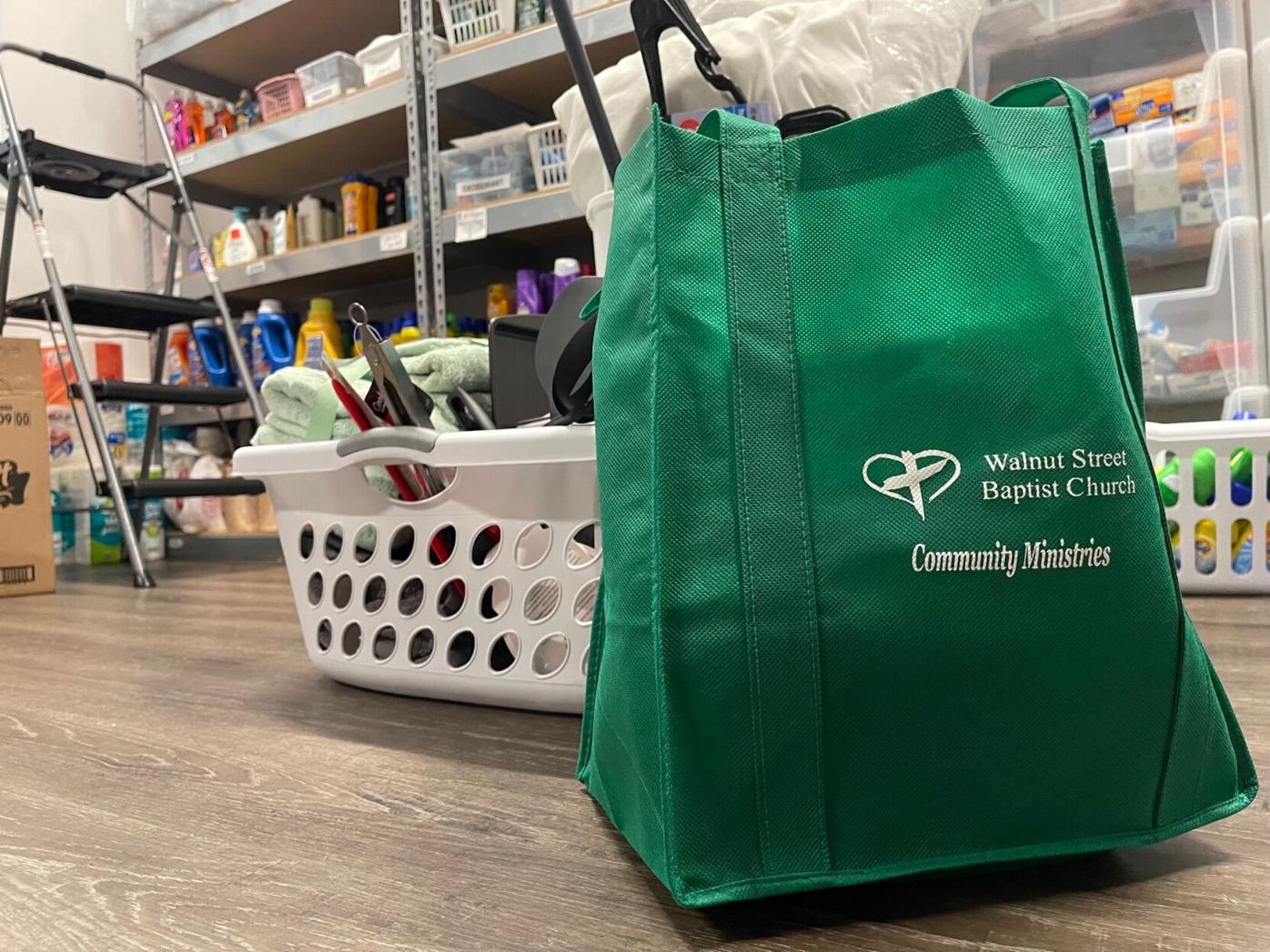 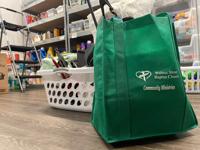 Walnut Street Baptist Church's food pantry will help hundreds of Afghans in the next three months. 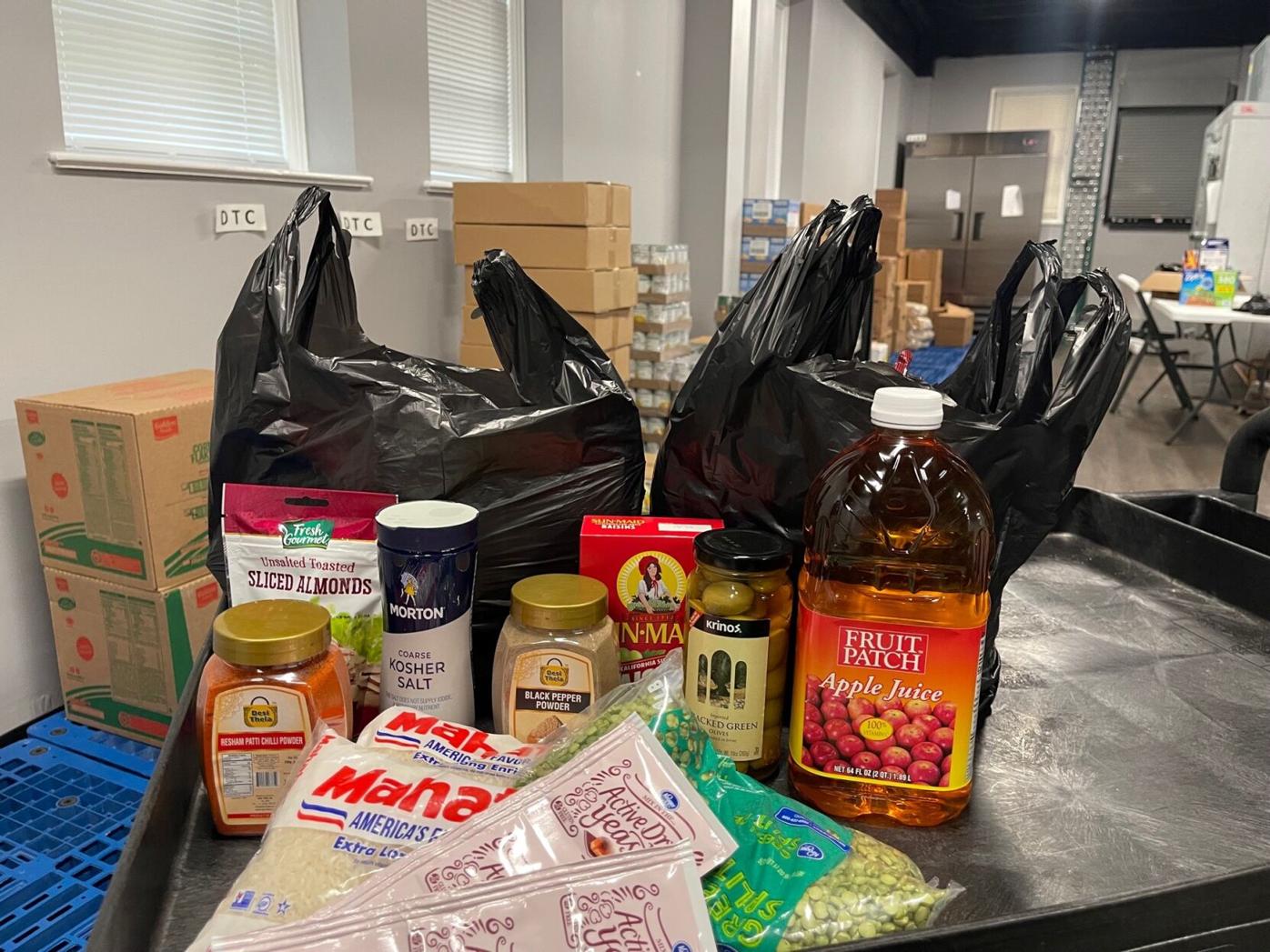 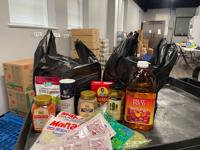 Food is lined up for the taking at the Walnut Street food bank in Louisville. 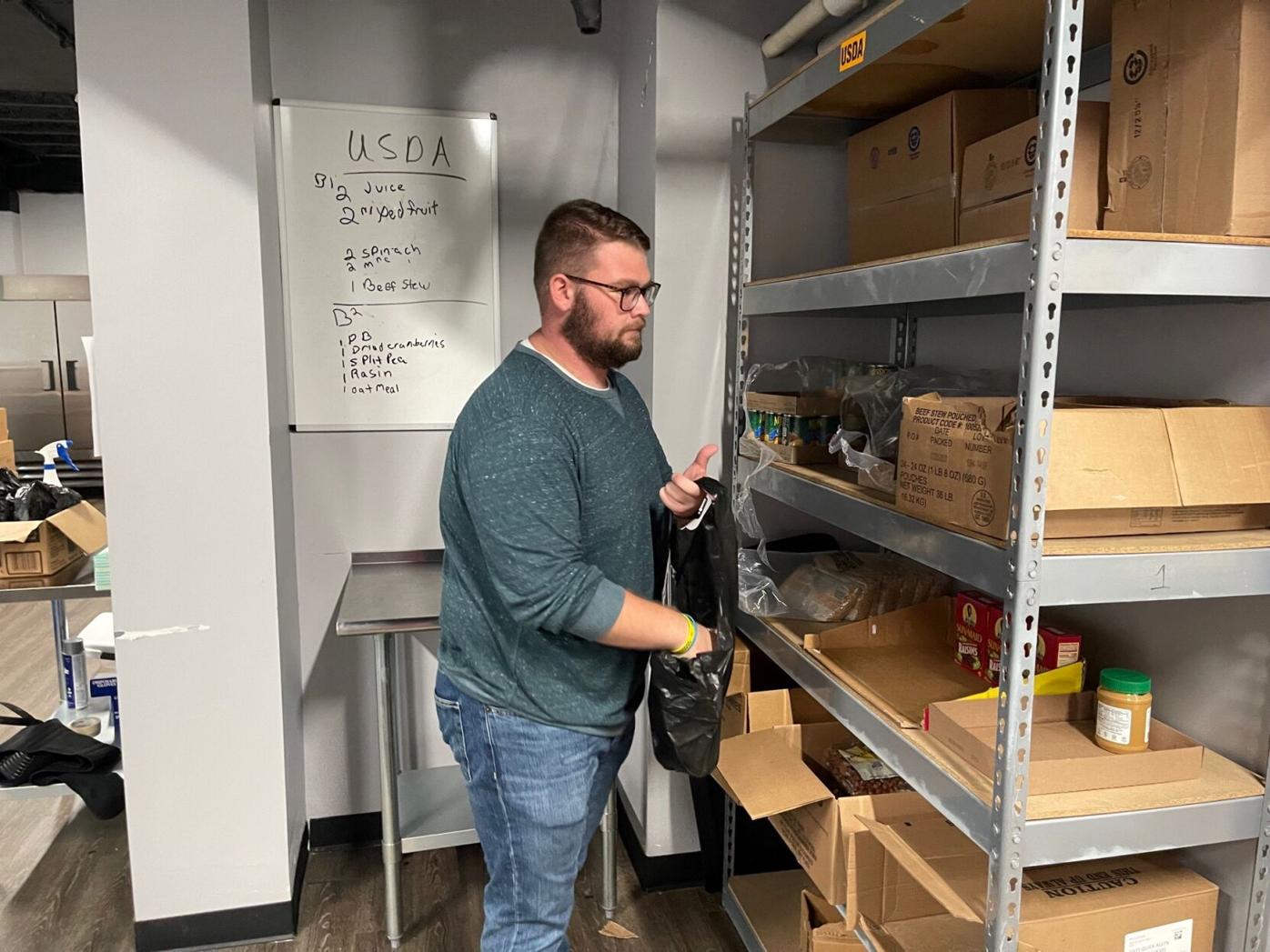 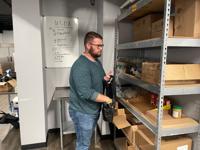 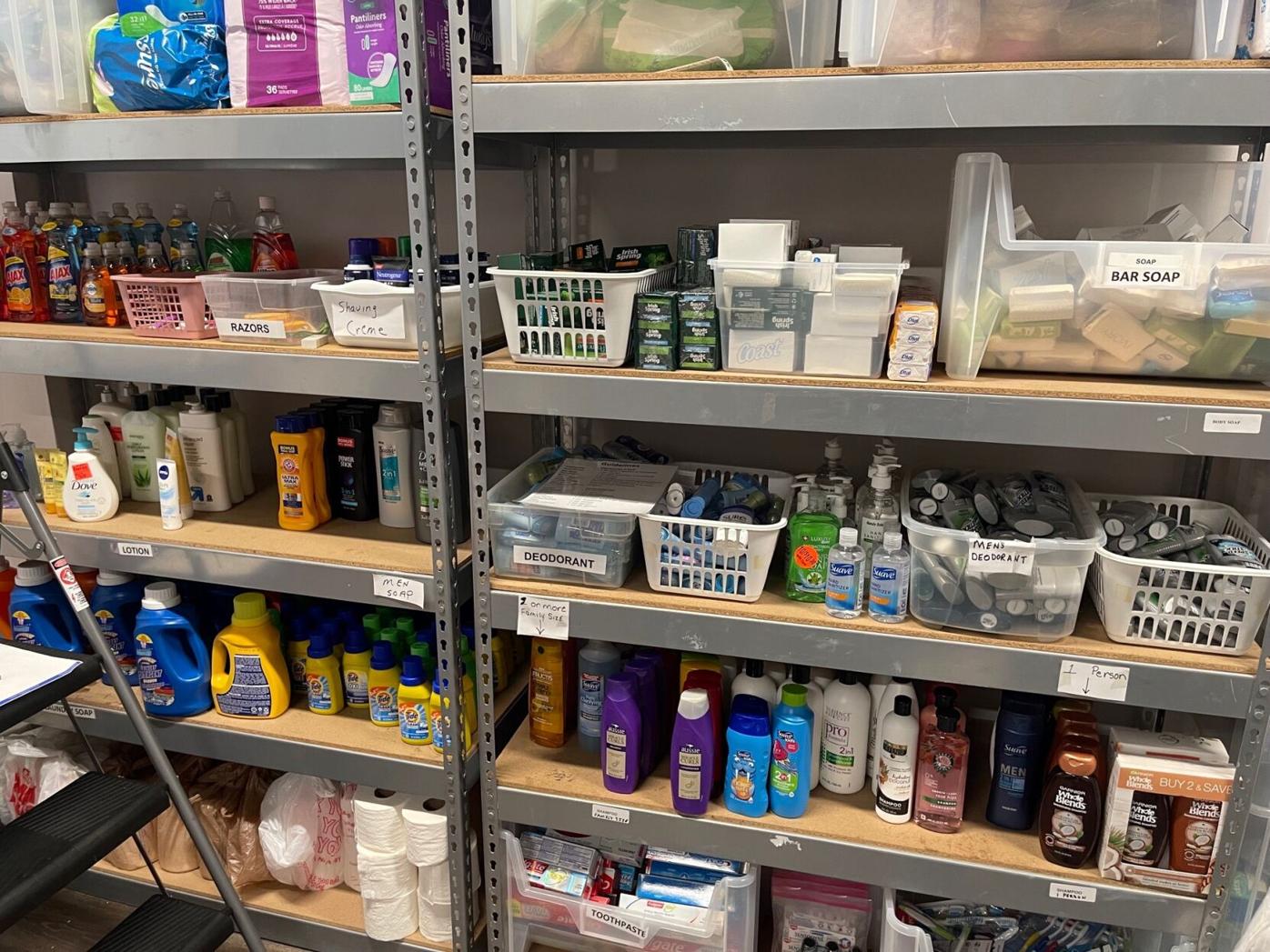 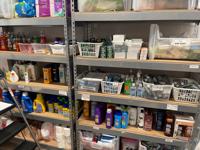 Household items are also available for the Afghans who have resettled in Louisville. 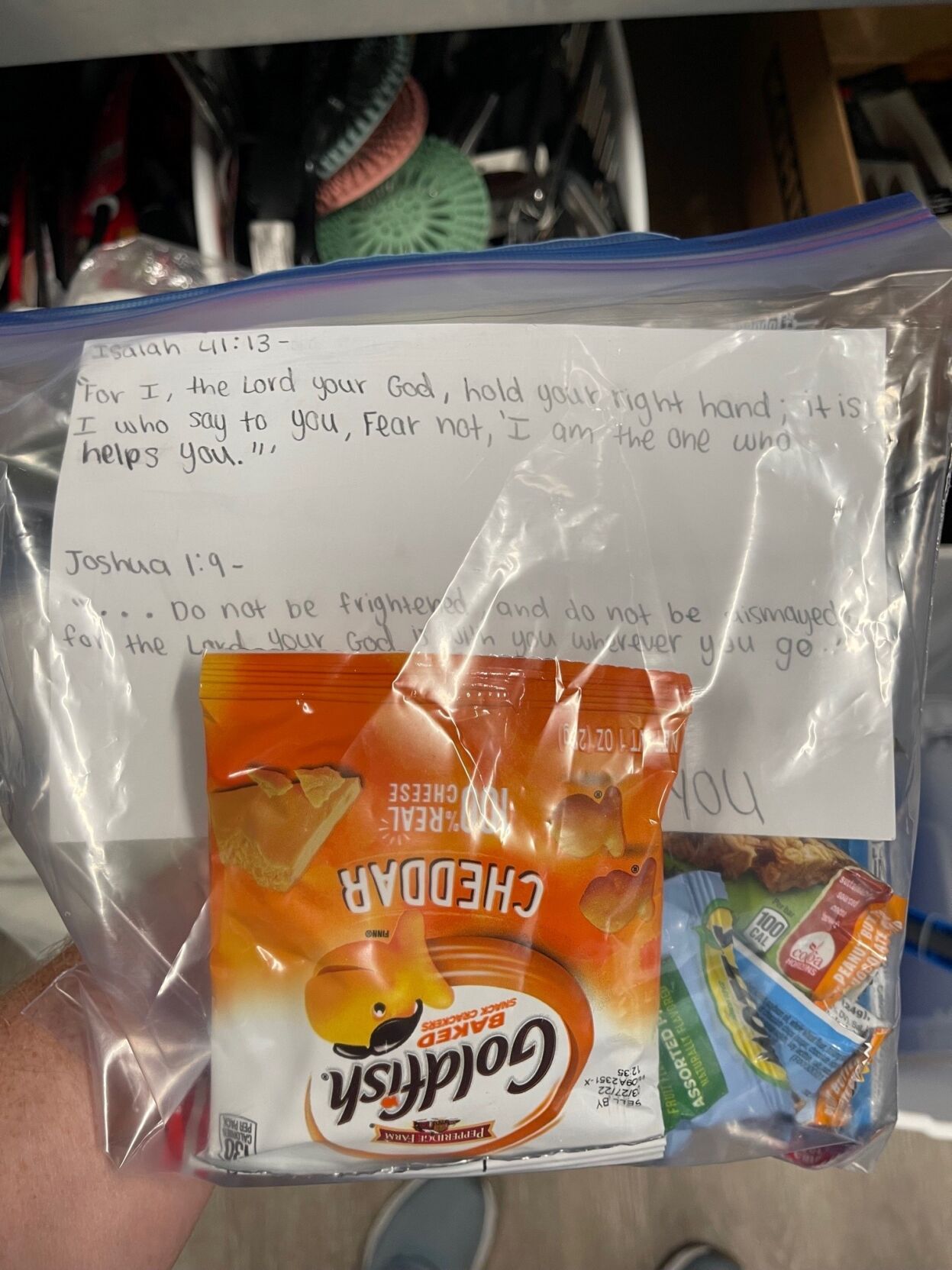 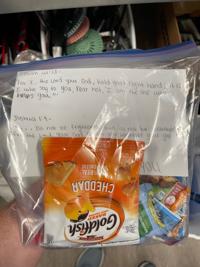 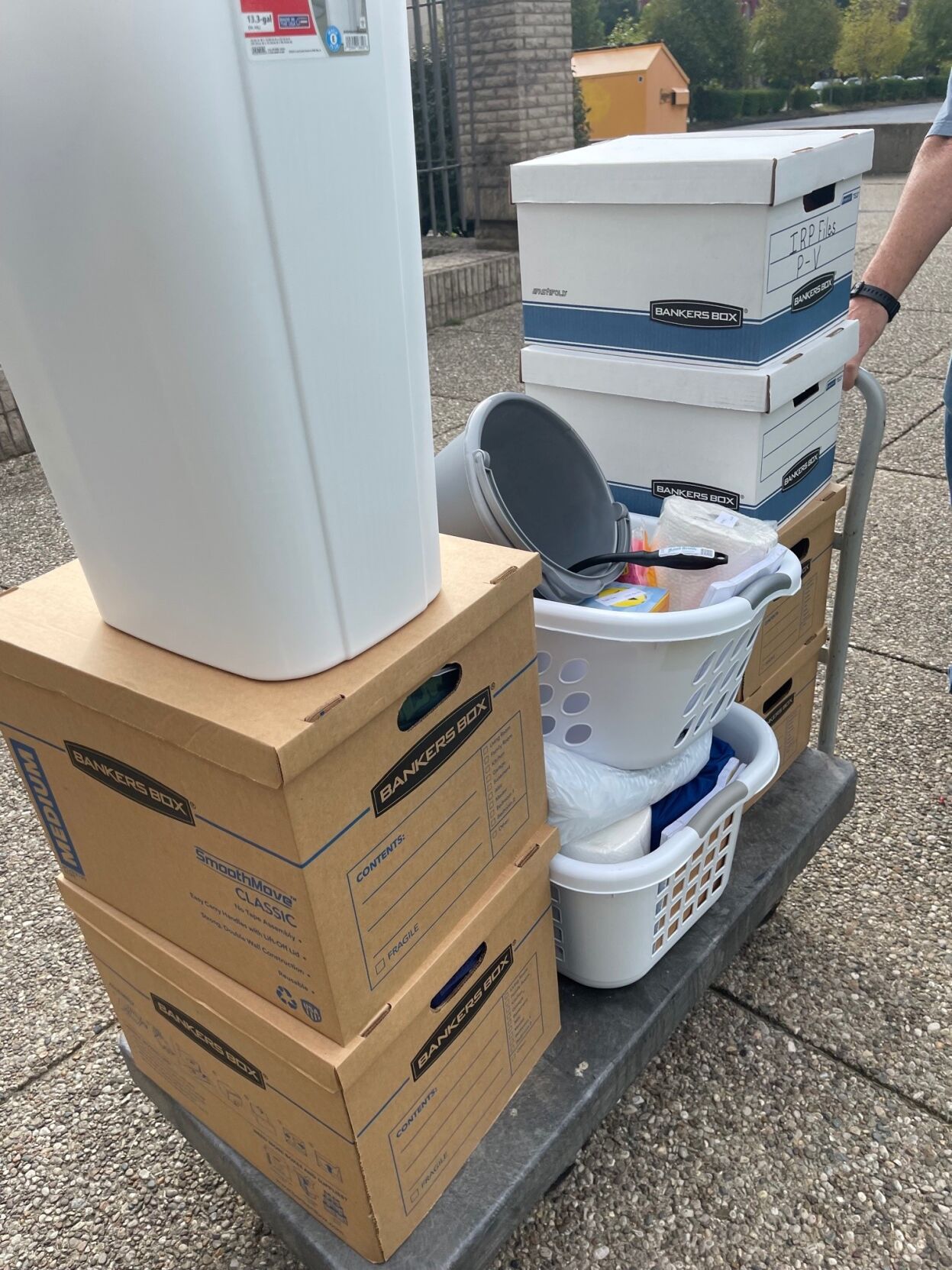 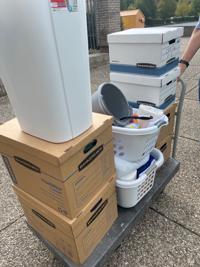 Afghans are given more than food at Walnut Street. They come away with household help items too.

Walnut Street Baptist Church's food pantry will help hundreds of Afghans in the next three months.

Food is lined up for the taking at the Walnut Street food bank in Louisville.

Household items are also available for the Afghans who have resettled in Louisville.

Afghans are given more than food at Walnut Street. They come away with household help items too.

LOUISVILLE, Ky. (KT) – Hundreds of Afghanistan refugees who are resettling in Louisville are being shown hope and the love of Christ through the cooperative effort of Kentucky Baptists and entities.

Not only are physical needs being met but relationships are being built and the gospel is being shared. It has been a team effort, said John Barnett, a missions mobilization team member for the Kentucky Baptist Convention. The work involves the combined efforts of the convention, churches, associations, the seminary and dozens of believers who want to give them a hand up.

The model that has been set up at Walnut Street Baptist Church is one that other cities in Kentucky who are taking in refugees could use, even on a scaled-down way, Barnett said. Lexington, Bowling Green and Owensboro also are receiving refugees.

“One of the things we found out in conversation with the resettlement community was that, at least for a period of time, they would not be getting food stamps that refugees would normally get and that’s a huge deal,” Barnett said. “They were doing it some with Kroger (gift) cards but it was only for the first week.”

And that opened an opportunity for the church to be the church, he said.

Walnut Street has one of the biggest food banks not only in Louisville but the state. Barnett, who has vast experience working with refugee camps overseas, spoke with Brad Willis, a community mission and ministry pastor at Walnut Street, about them providing for the refugees. They reacted with enthusiasm about being able to reach out.

“It was just amazing how God orchestrated all the different pieces to come together so perfectly,” Willis said. “Like with us at the food pantry, it was almost seamless where it all came together. It’s a testimony to John who has all these connections with the refugee network.”

Barnett made it clear that this was a stopgap measure only but it could make a difference in how the refugees will survive until full benefits can begin.

“You don’t want to create a dependency but do things that will help people in the midst of crisis,” Barnett said. “With the food bank, that is normally giving to families two weeks at a time.”

Willis said they were trying to make sure the boxes of food were culturally correct. They have shopped at some international stores around Louisville and asked the interpreters about what food would be appropriate.

“We had to do some adjusting because they would have taken whatever we gave them, smiled and then maybe never used it,” Willis said. “There are cultural differences on meats. Through John again, we connected with the Somali community in Louisville who is talking to a guy who owns the international market. Through Hunger Relief funds that the KBC donated, that provided us with the ability to get the meats and some of the items we typically might not have.”

He said they were also storing up more rice and fresh vegetables including tomatoes, onions and peppers that the Afghans use to cook meals. Halal chicken, much like a kosher meat, is also purchased, Willis said.

The food bank feeds about 570 households each month and now are prepared to assist the 350-plus Afghans who are coming, he said.

“I think it’s a great testimony to cooperative giving,” Barnett said. “Without doing cooperative mission, there’s no way to do all this even if you have the largest food bank in the state. We also have great support from the LRBA (Louisville Regional Baptist Association) with Todd (Robertson) who have promoted it with the churches in that association."

After collecting the boxes of food, volunteers are helping with transportation and to do follow-ups in homes.

“It’s already opening great doors,” Barnett said. “It’s a great way to serve the communities and a testimony of the Cooperative Program. A church like Walnut Street is already doing a great ministry and new people that are coming will come through Walnut Street.”

Translators are available to help with the language barrier and signs in the language help them in the building.

Students from the University of Louisville and Southern Seminary are helping pack the boxes, load the cars and transport them back to apartments, Barnett said.

“They’re being welcomed to the city through the church,” he said. “The missing pieces they need are housing and jobs but they also need community. The greatest community is in the church. We want to journey alongside them in this temporary piece but we’re also there to journey with them in the long term.”

It also seemed fitting that this effort is being partially funded through Global Hunger Relief ministries. The KBC provides funding to hunger relief ministries as a way to build relationships with people and eventually lead them to a relationship with Christ.

Walnut Street’s food bank takes care of about 570 households a month around Louisville, Willis said. Now they are adding 350 Afghan refugees for the next three months or even more if needed.

Afghans come into a dining area and have a welcome moment and receive a welcome baskets (household items from the kitchen, bathroom supplies and linens) and they are able to look at some of the clothing that is available and receive the food. Relationships are immediately formed and the refugees quickly learn about the love of God from these servants.

They are already planning to provide two weeks of food for a family of eight next week along with two sisters and some singles, Barnett said.

“The church is stepping into the gap to engage, help and serve,” he said. “We’re being light in the midst of darkness.”