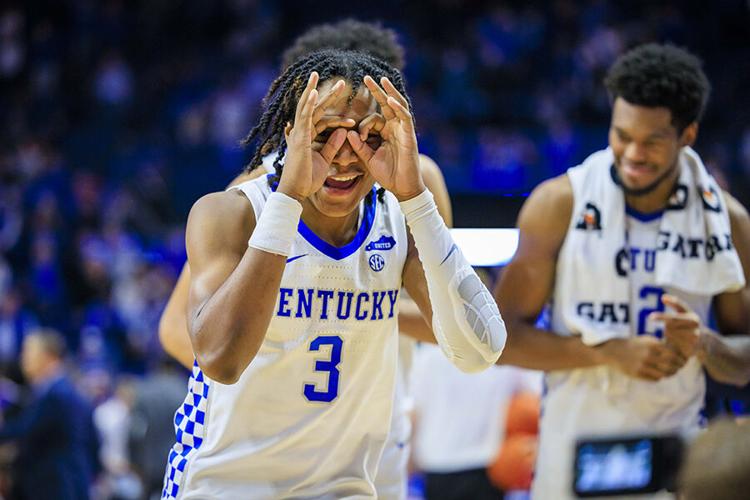 TyTy Washington and the Wildcats had fun in a win over High Point earlier this season at Rupp Arena. (Photo by Jeff Houchin) 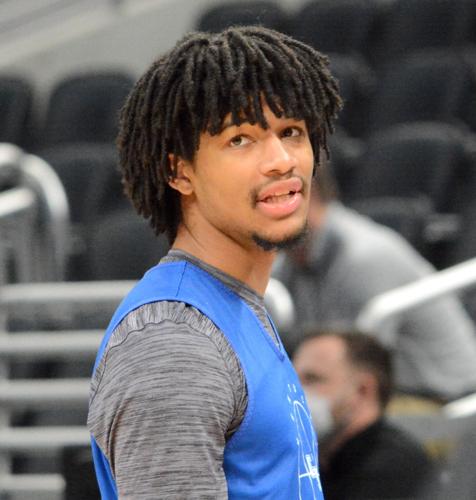 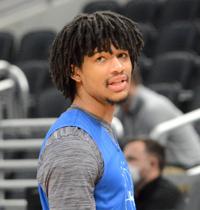 Shaedon Sharpe looks on during an open practice at Gainbridge Fieldhouse in Indianapolis a day before the NCAA tournament began last March. (Kentucky Today/Keith Taylor)

Sharpe was the No. 7 overall pick by the Portland Trail Blazers, while Washington was selected as the 29th pick of the draft by the Memphis Grizzlies. Washington was later reportedly traded to the Houston Rockets.

Prior to the draft, Washington admitted “leaving Kentucky won’t be easy" but is "prepared for the task ahead.”

“I am ready for the challenges ahead and know I am ready based on my experiences here in Lexington,” he said. “Thank you again to the fans, the coaches, all the supporters of Kentucky basketball and most importantly the people who helped me get here, my mom and my dad.”

During his freshman campaign, Washington averaged 12.5 points, 3.9 assists and 3.5 rebounds per game for the Wildcats. He was a second-team All-Southeastern Conference performer claimed the league’s Freshman of the Week honor five times.

“TyTy is a play-making guard who has the ability to play on the ball or off and still impact the game in a variety of ways,” Kentucky coach John Calipari said. “We’ve had a number of players leave here and be successful at the next level who are in a similar mode as TyTy. I’m excited for TyTy and his family because I know with his work ethic, his ability to play within himself and allow the game to come to him, that he will have the opportunity to be another one of our guys to find success in that league. TyTy’s best days as a basketball player are in front of him …”

Sharpe, who enrolled at Kentucky last semester, but didn’t play in his short stint in Lexington, was selected as the No. 7 overall pick in the NBA Draft.

“I feel like I got more to prove just because I (didn’t play) for like a whole year,” said Sharpe after a pre-draft workout with the Trail Blazers on June 15. “So it’s kind of skipping a step, kind of. But I feel like I’m doing good throughout this process and everything.”

Sharpe worked out for the Blazers alongside Jeremy Sochan, Dalen Terry, Jamaree Bouyea, John Butler and Jordan Hall and his workout was enough to convince Portland to draft the former Kentucky enrollee.

Sharpe, a 6-foot-6, 200-pound guard, from Ontario, Canada, was the top prep player in the Class of 2021 before he reclassified and enrolled at Kentucky. Sharpe practiced with the team, but didn’t play last season.

“It’s cool to say I’m a little mystery, but being a basketball player, I feel like you should always want to have a chip on your shoulder, just prove to yourself you could be the best player,” said Sharpe. “Really, I want to go to a team where I can just compete. Get involved with everything, get my teammates involved in stuff, but the main thing is really just competing.”

Sharpe also worked out for Oklahoma City, Orlando, San Antonio and New Orleans prior to the draft.

Keith Taylor is the sports editor for Kentucky Today. Reach him at Keith.taylor@kentuckytodaycom and via Twitter at keithtaylor21.